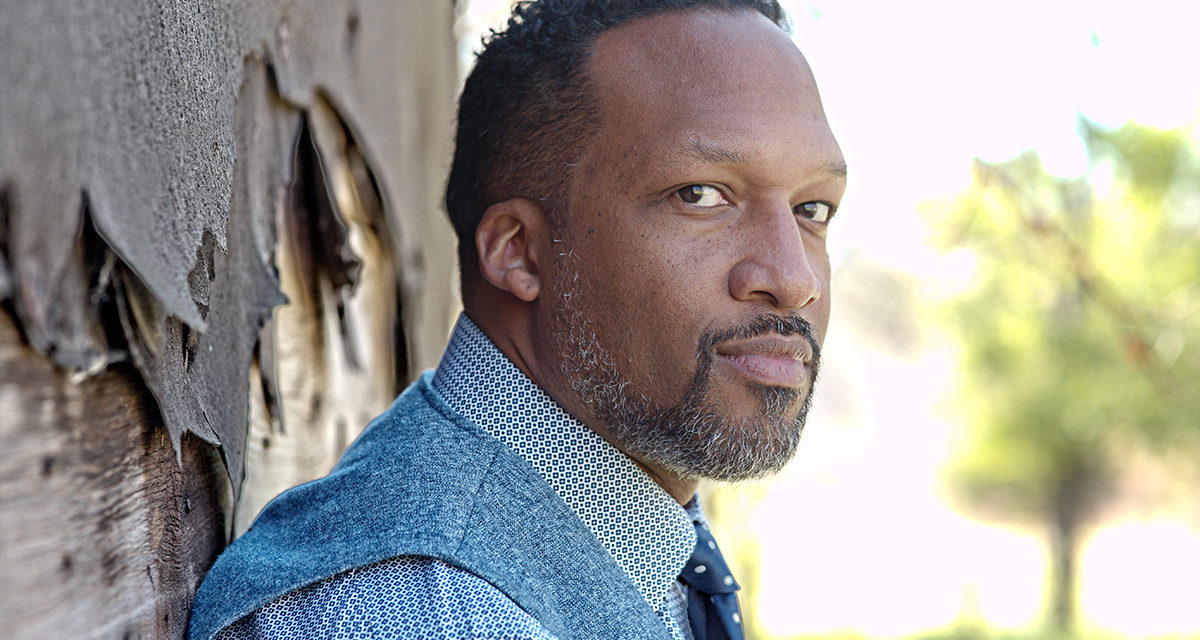 Photo by Kevin Edwards
Carlton Turner works across the country as a performing artist, arts advocate, policy shaper, lecturer, consultant, and facilitator. Carlton is also founder of the Mississippi Center for Cultural Production. The MCCP uses arts and agriculture to support rural community, cultural, and economic development in his hometown of Utica, Mississippi where he lives with his wife Brandi and three children.

Carlton Turner is also co-founder and co-artistic director, along with his brother Maurice Turner, of the group M.U.G.A.B.E.E. (Men Under Guidance Acting Before Early Extinction). M.U.G.A.B.E.E. is a Mississippi-based performing arts group that blends of jazz, hip-hop, spoken word poetry and soul music together with non-traditional storytelling. His current work is River Sols, a new play being developed in collaboration with Pangea World Theater that explores race, identity, class, faith, and difference across African American and South Asian communities through the lens of the river.

Carlton is currently on the board of First People’s Fund, Imagining America, the Center for Media Justice, and Project South for the Elimination of Poverty and Genocide. Carlton is a member of the We Shall Overcome Fund Advisory Committee at the Highlander Center for Research and Education, a steering committee member of the Arts x Culture x Social Justice Network, a former Network of Ensemble Theaters steering committee member, and the former Executive Director of Alternate ROOTS.

Carlton is a 2017-18 Ford Foundation Art of Change Fellow and a Cultural Policy Fellow at the Creative Placemaking Institute at Arizona State University’s Herberger Institute for Design in the Arts. He is also a member of the Rural Wealth Lab at RUPRI (Rural Policy Research Institute) and an advisor to the Kresge Foundation’s FreshLo Initiative. In 2018, Carlton was awarded the Sidney Yates Award for Advocacy in the Performing Arts by the Association of Performing Arts Professionals. Carlton has also received the M. Edgar Rosenblum award for outstanding contribution to Ensemble Theater (2011) and the Otto René Castillo Awards for Political Theatre (2015). In 2013 Carlton was named to o the Kennedy Center honors Artist Advisory Board.